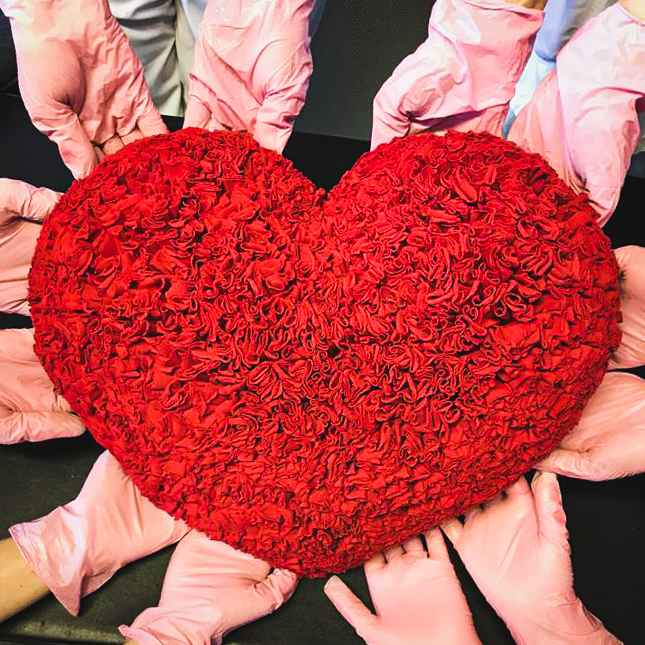 Medline’s fourth annual Pink Glove Photo Competition (PGPC), supporting breast cancer awareness and funding, wrapped up in October, and this year’s participation figures and geographical breadth were bigger than ever. This annual competition unites healthcare professionals, patients, survivors and communities across Europe to celebrate hope for a cure and honour those affected by the disease. Competition participants don Medline’s Generation Pink® exam gloves and take creative photos of themselves, which are posted on Facebook for voting.

With the launch of the 2019 PGPC, we created a campaign to ask where this year’s winners would come from in hopes of stimulating some friendly competition between European countries and encouraging even more submissions. This approach generated press in France (in Hospitalia and ActuSoins magazines) and Germany (in Niederrhein Nachrichten newspaper) and was successful in terms of participation numbers.

In fact, our PGPC team received a record number of submissions this year—180 photos from 11 European countries with more than 850 participants. New to the competition this year were Austria, Slovenia and Switzerland. In total, more than 106,000 votes, i.e. Facebook likes, were cast for these beautiful photos and accompanying stories and sentiments.

As the competition drew to a close, the press from Spain (ileón, InfoBierzo, leonoticias and Navarra.com) and Italy (Gazzetta di Modena and Modenaindiretta) got into the game, encouraging people to get on Facebook and vote for their local photos. This effort paid off, and we are very pleased to announce this year’s winners:

The winning photo (pictured) from Hospital de León in Spain received more than 10,000 Facebook likes. The department is currently determining to which organisation they would like to donate.

Breast cancer awareness is a natural extension of Medline’s corporate mission to improve patient care and enhance the quality of people’s lives. Our goal is to create and increase breast cancer awareness and promote early detection. Medline would like to thank each and every participant and those who cast votes on our Facebook page—your time and effort directly contribute to our vision of a world without breast cancer.