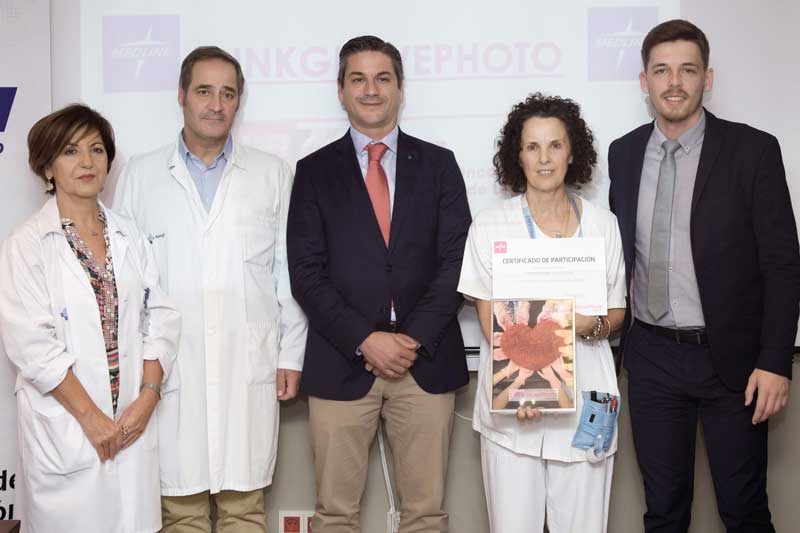 On 13 November Medline Iberia’s Antonio Garcia and David Díaz met with the managing director and photo participants from Hospital de León to celebrate their first-place award.

During the ceremony, the two recipients of the prize money were announced: 'Proyecto Micky' and la Asociación del Cáncer de Mama Metastásico.

We are deeply appreciative of the participants and the organisations they chose for their contributions to breast cancer awareness! The local press also joined the ceremony. 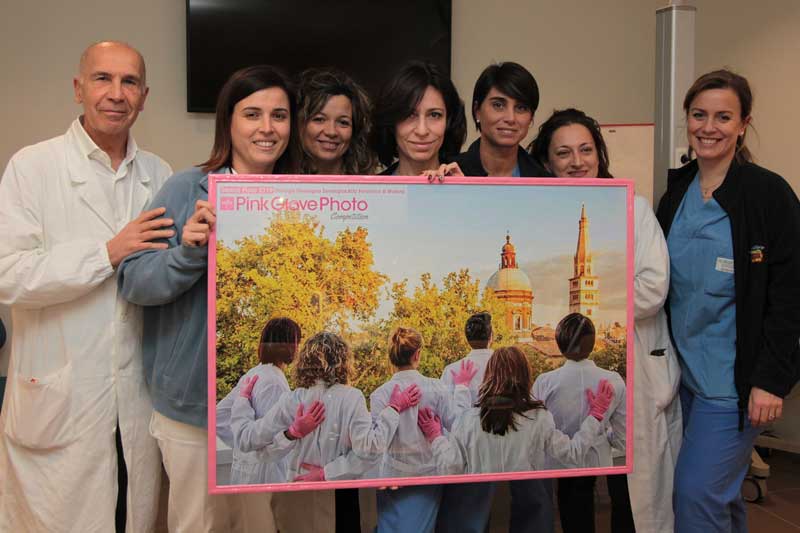 Ceremony participants included Dr Giovanni Tazzioli (Chief of the Breast Cancer Unit), the picture participants, the rest of the department and three representatives from Il Cesto Di Ciliege, the organisation chosen by the team to receive the donation.

Emanuele also gave a short speech on Medline’s values and the importance of this competition, and presented the hospital with a large-format version of their winning photo. 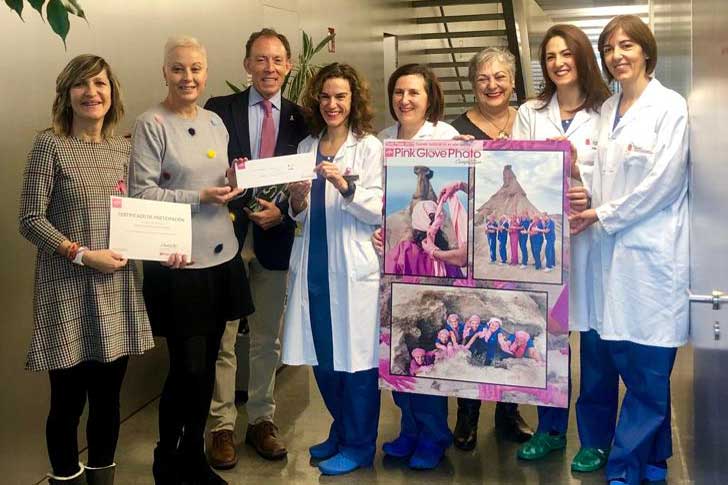 On 22 November Medline Iberia’s Paulino Lopez visited Complejo Hospitalario de Navarra to celebrate our third-place winner, not only from this year but also from 2018!

Hospital management, the local press and representatives from Saray (the association receiving the donation) attended the ceremony. Read more (in Spanish) in Diario de Navarra.

As repeat participants, the team discussed their feedback and suggestions for the next competition, and expressed their desire to win first place next year! In addition, Medline Iberia’s calendars for 2020 were given to the hospital, featuring the team’s winning photo from last year.